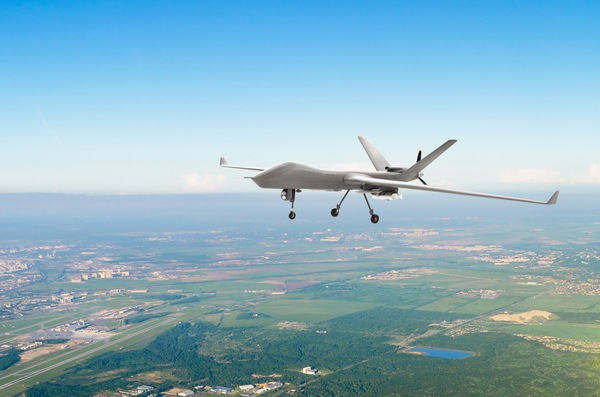 Advances in avionics systems engineering and GPS/INS systems have allowed unmanned aerial vehicles to lock in their position as a greatly beneficial tool to many industries. Thanks to resilient systems, UAVs can still function and deliver pinpoint navigation even in GPS denied environments. For this reason, there are a myriad of benefits of UAVs that are being enjoyed across a wide breadth of industries. Continue reading to discover 5 modern applications of UAVs and their benefits.

Involving UAVs in agriculture is a growing trend that is revolutionizing the industry. It’s not uncommon for farms to manage thousands of crops over incredible expanses of land. By utilizing UAVs, farmers can enjoy remote, precise crop management, which saves plenty of time and resources. In the United States, scientists have started assisting farmers by tracking their crops with small, remote-controlled UAVs.

First responders and those in the defense industry are often confronted with potentially mortal danger. However, UAVs provide superior situational awareness without exposing these people to harm. Plus, these unmanned avionics systems often come at a cheaper cost than the manned vehicles that we are accustomed to. That is why the U.S. Customs and Border Patrol currently uses UAVs to monitor the vast border and prevent trafficking without putting human life at risk.

Whether natural or manmade, disasters can often leave behind a trail of destruction that is both dangerous and difficult to analyze. Let’s consider natural disasters such as volcanic activity or heavy flooding. After these disasters occur, time is of the essence as the threat to human life is measured. UAVs can navigate environments that are dangerous for humans and gather crucial information, like when UAVs were deployed to locate survivors after Hurricane Katrina.

There are an unfortunate number of risks that pose a threat to the environment. Though these are not entirely preventable, UAVs certainly aid in efforts to monitor forests for illegal activity and protect green space. Furthermore, they can be used to monitor wildlife and monitor erosion. For example, the state of Utah has deployed unmanned helicopters to monitor erosion in rivers, which had previously proven too dangerous for humans due to high winds and dust storms.

UAVs are delivering new vantage points and perspectives for researchers that were not attainable before, whether due to dangerous conditions or GPS denial. Now, researchers can gather precious data from environments that are not safe without putting humans at risk. One example of a new perspective like this would be NASA’s project to study hurricanes by deploying UAVs with resilient systems – research that lasted three years.

As you can see, UAVs are not only a staple of the modern defense industry. In fact, they are seeing more and more use throughout varying industries to deliver results that were previously thought impossible. These cutting-edge applications of UAVs are only possible due to modern breakthroughs in avionics systems engineering and inertial navigation systems. With experience in engineering, testing, and real-world applications, ASEI is equipped to handle any of your questions about navigation and unmanned flight. Simply browse our capabilities to learn more before you give us a call today!